We found Javi wandering on a road about 5 miles from town. We got word that a man in town was tired of strays hanging around so he rounded them up and dumped them in an area where people sometimes drop off dogs they don’t want. It’s close enough to town so the awful people aren’t inconvenienced but far enough away to guarantee the dogs won’t find their way back. And they will most likely starve to death (the dogs that is – how great if bad people would starve to death). We were in the area picking up another dog when Javi came up to our car. He looked so lost and was practically begging to get in. We said to each other “we have no room at the rescue. We just can’t. Maybe he’ll be ok.” We drove like 5 feet and then realized there is no way we could leave him alone to die. Javi is the sweetest dog on this planet and literally just wants someone to pet him. He is up for adoption. He needs a family to love him. We can ship to the US or Canada too! 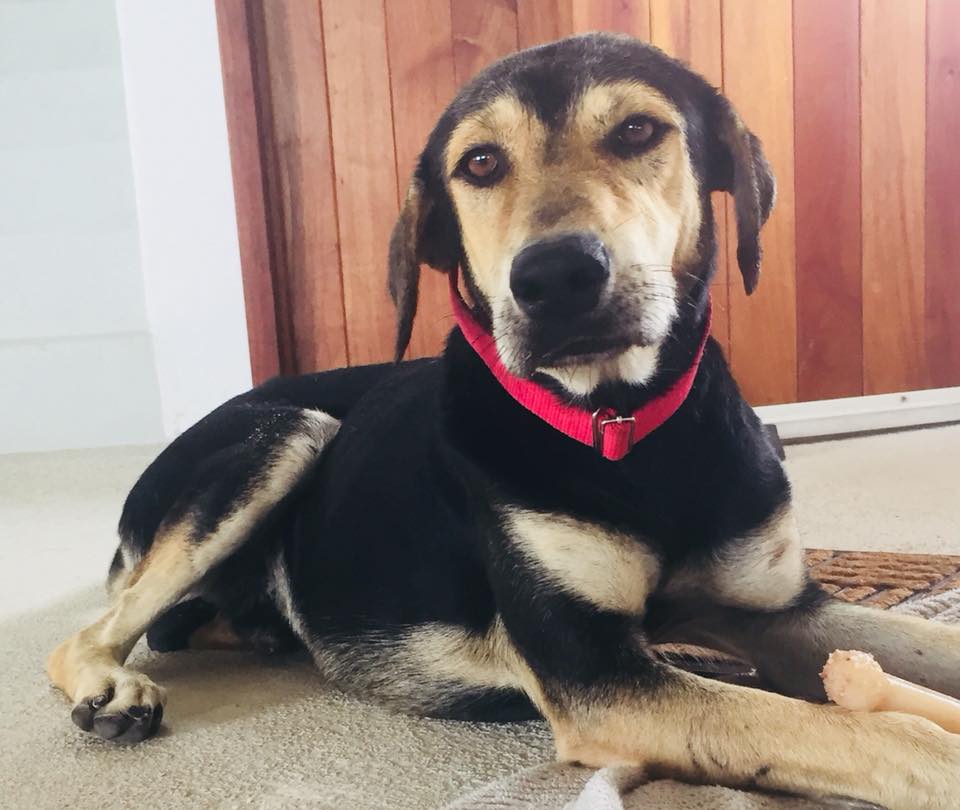